Year of creation of the scientific periodical - 1996


The founder of the scientific periodical is the Republican State Enterprise on the right of economic management “Karaganda State University named after Academician E.A. Buketov "of the Ministry of Education and Science of the Republic of Kazakhstan (Karaganda city)

Territory of distribution
Republic of Kazakhstan and foreign countries.

Journal Frequency
The frequency of the magazine is 4 times a year.
Release Schedule:
Issue No. 1 January - March
Issue No. 2 April - June
Issue No. 3 July - September
Issue No. 4 October - December

All series of the journal are included in the List of peer-reviewed scientific publications recommended by KCSE
The date of inclusion is February 29, 2012. 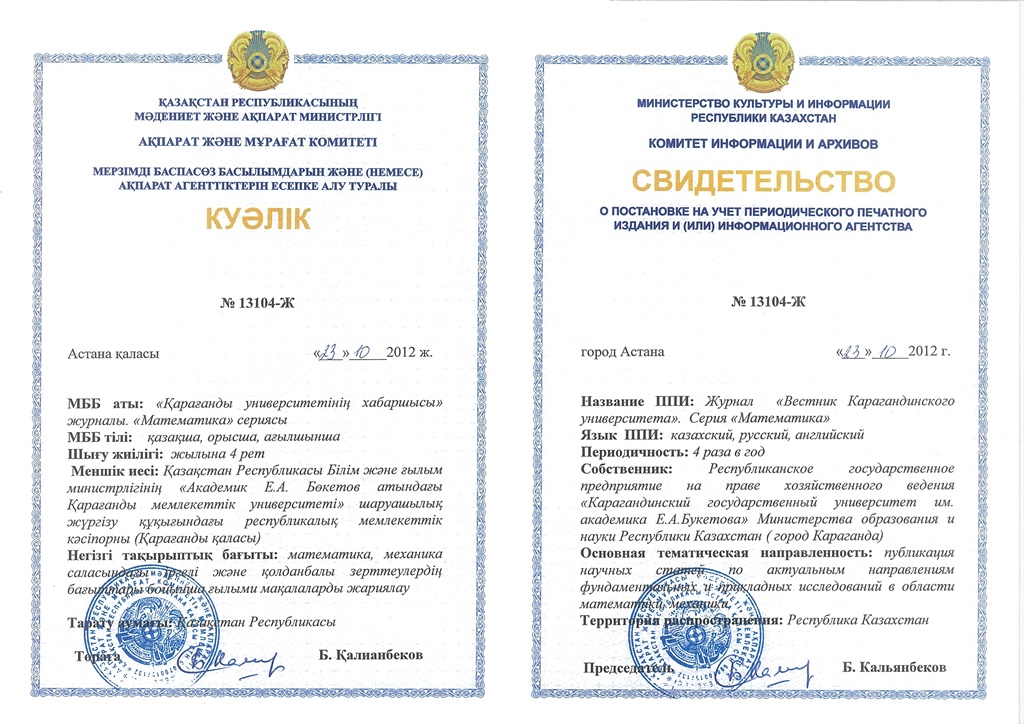 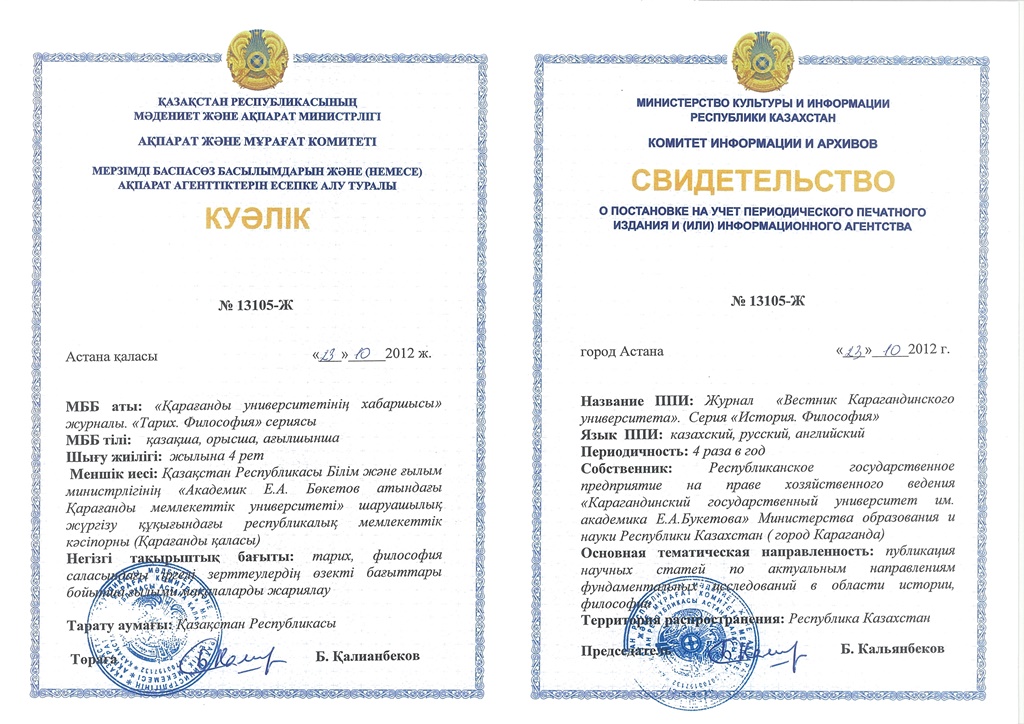 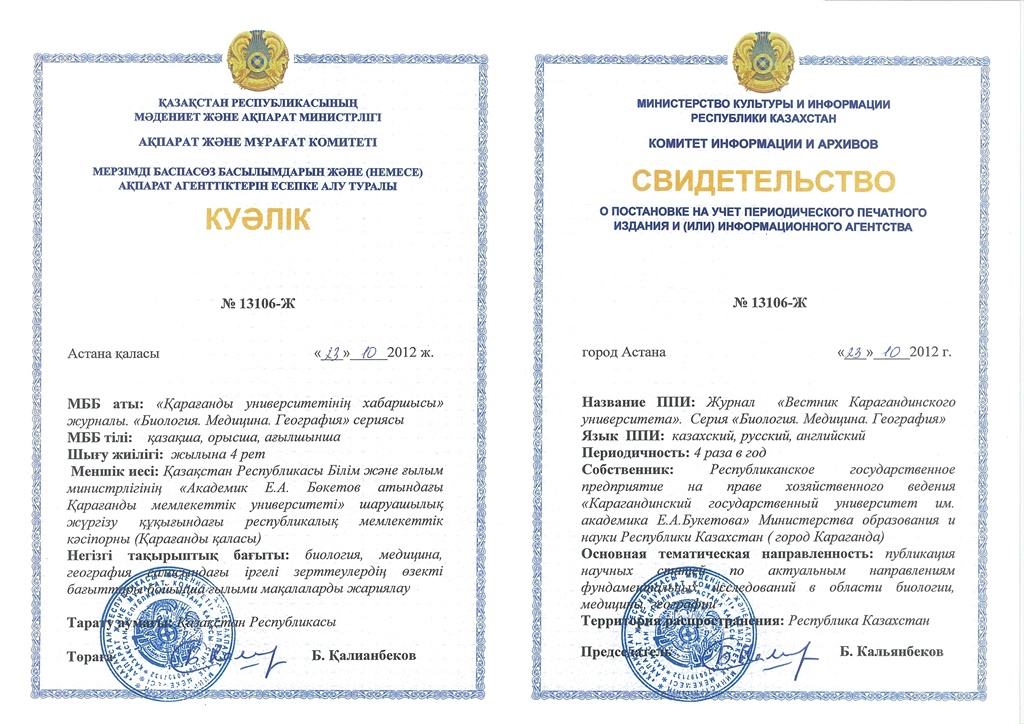 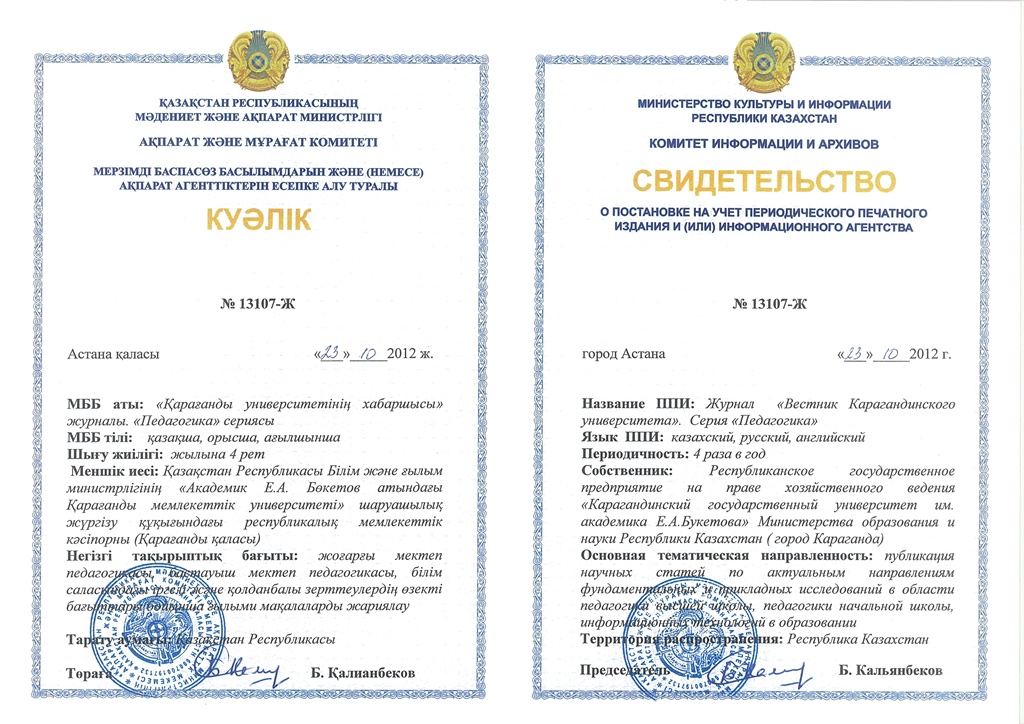 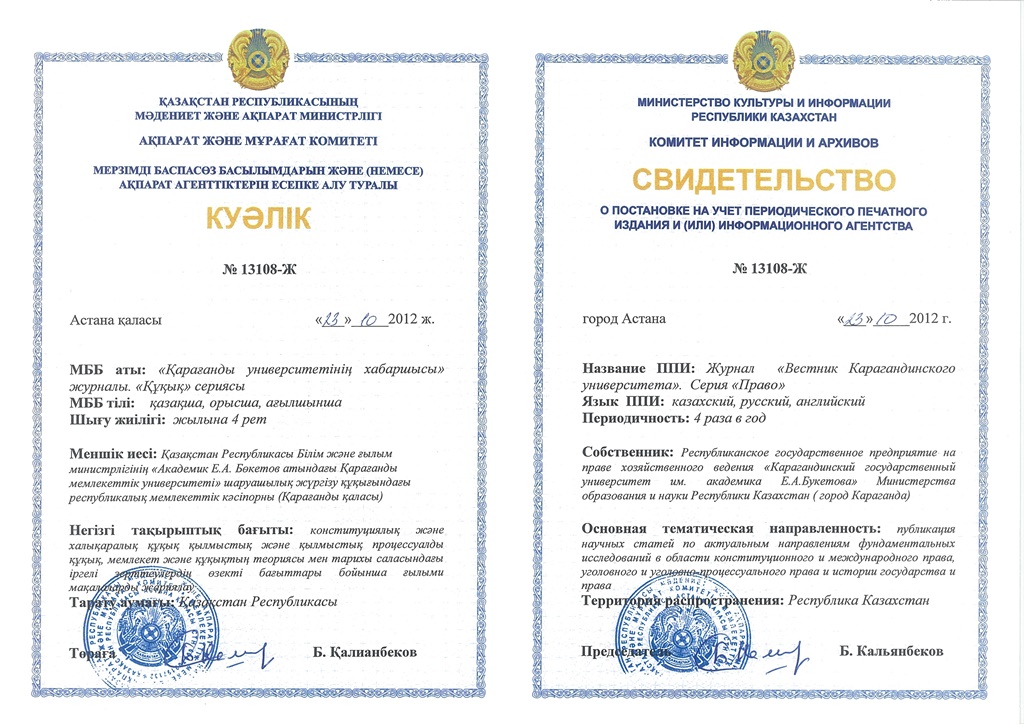 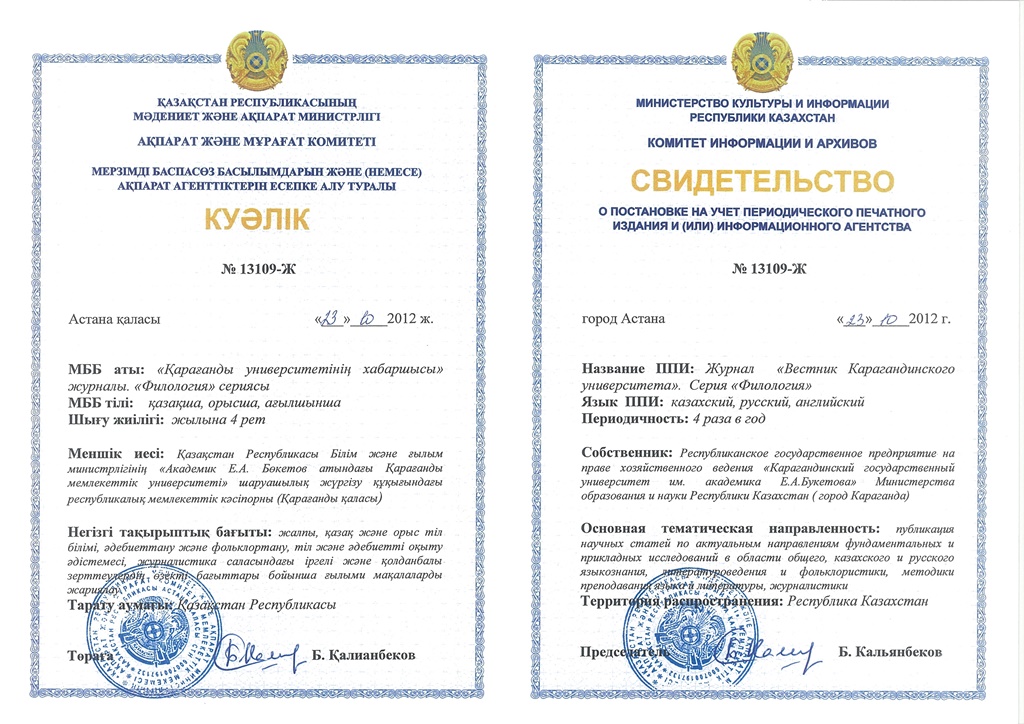 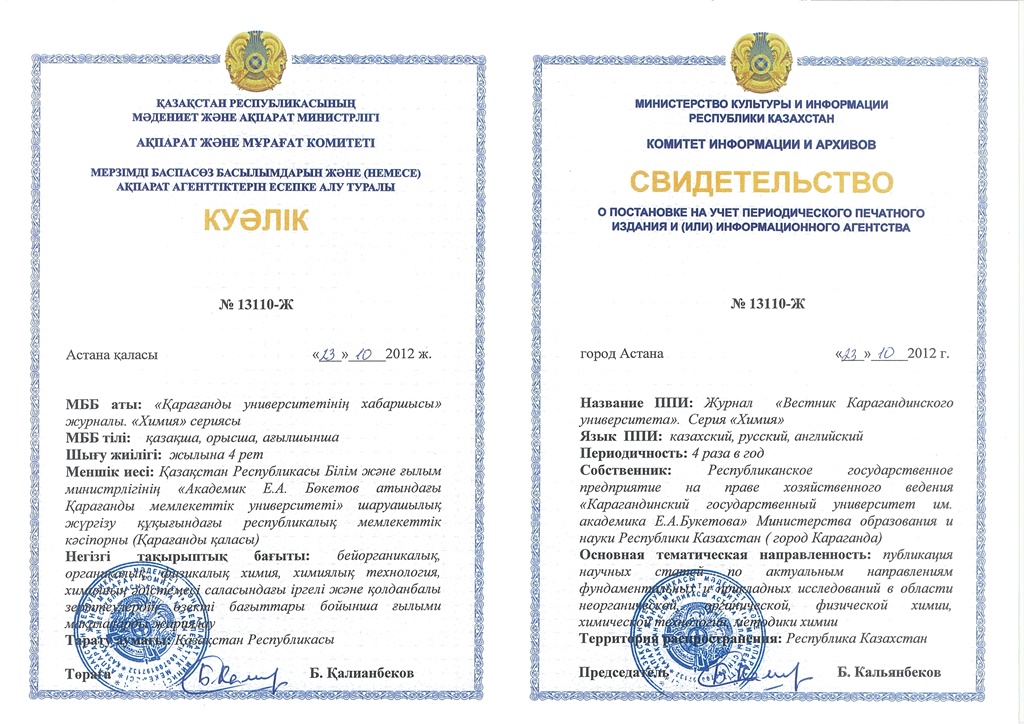 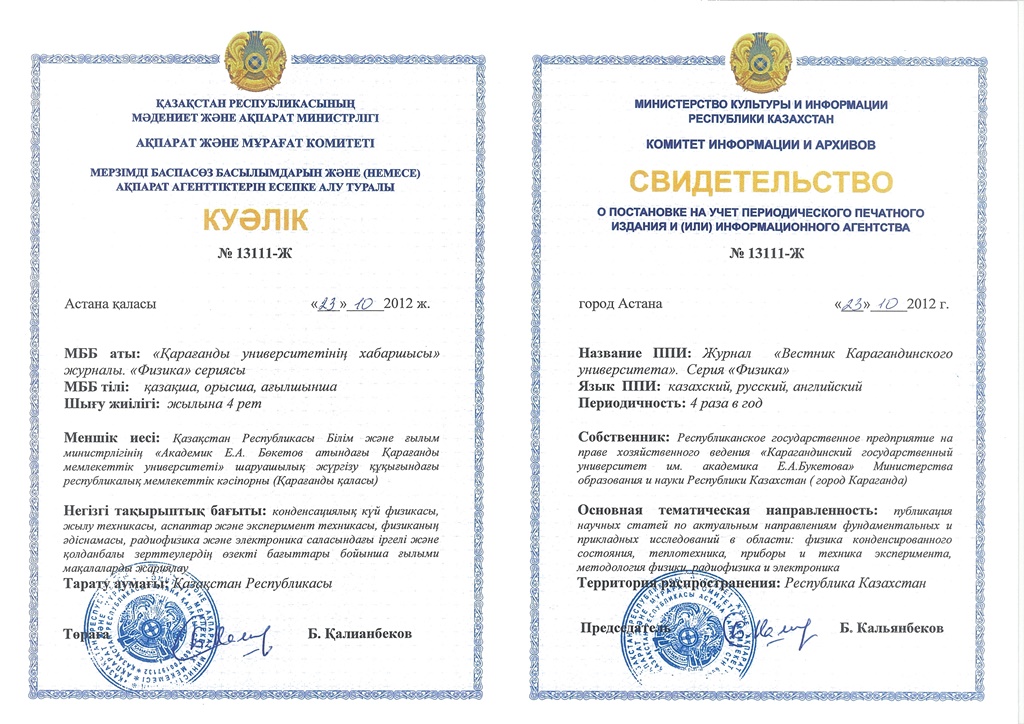 Сertificate of re-registration of the Bulletin 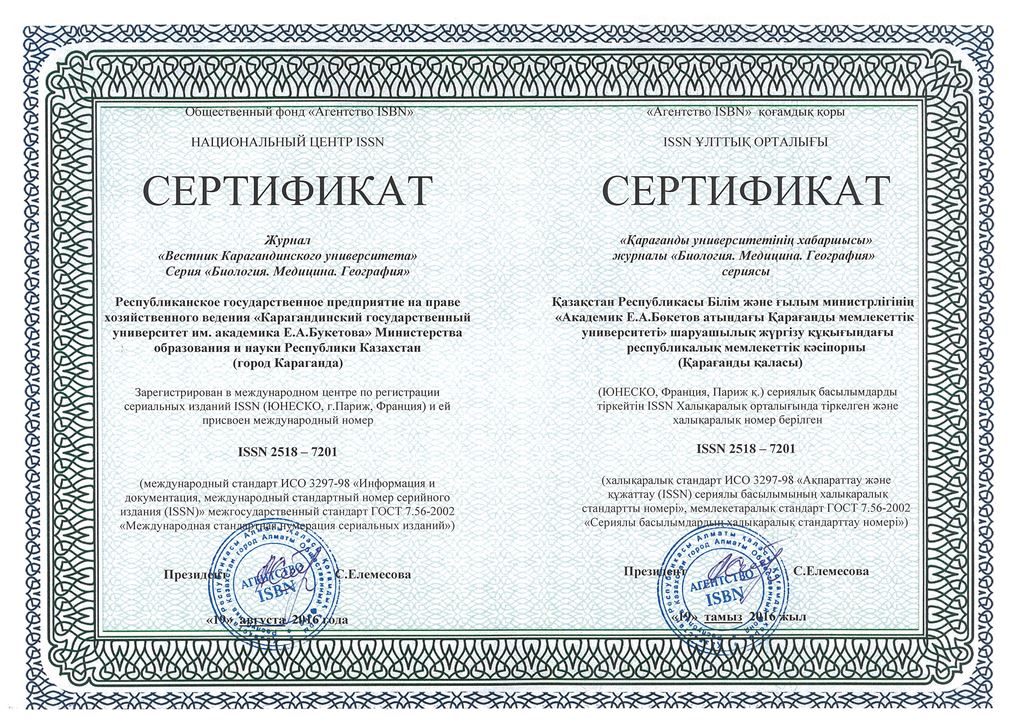 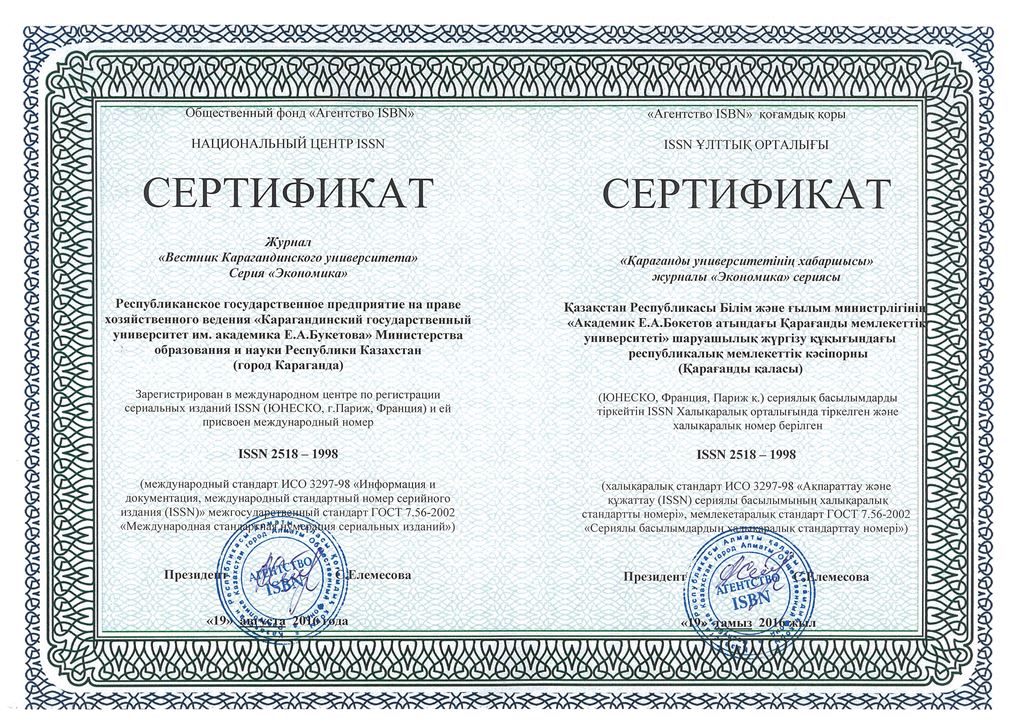 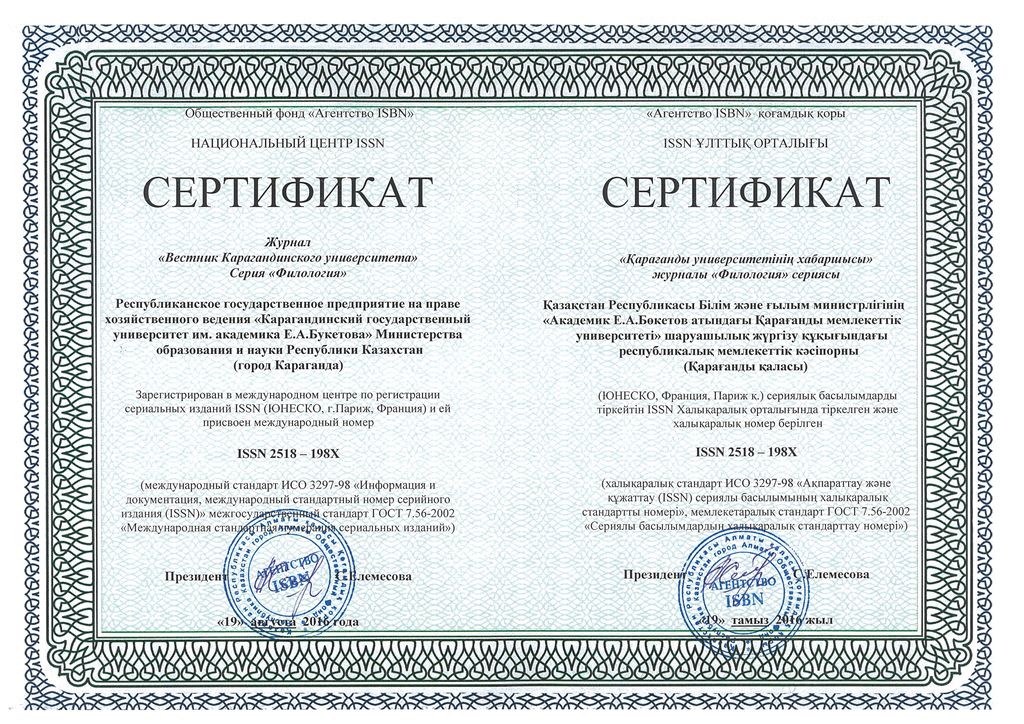 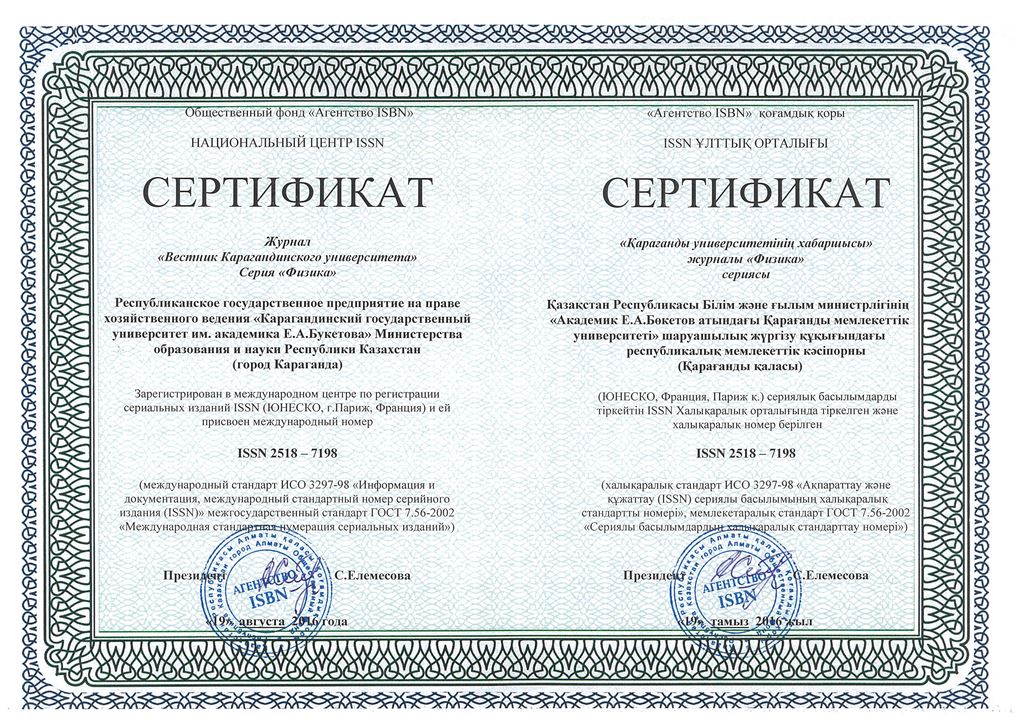 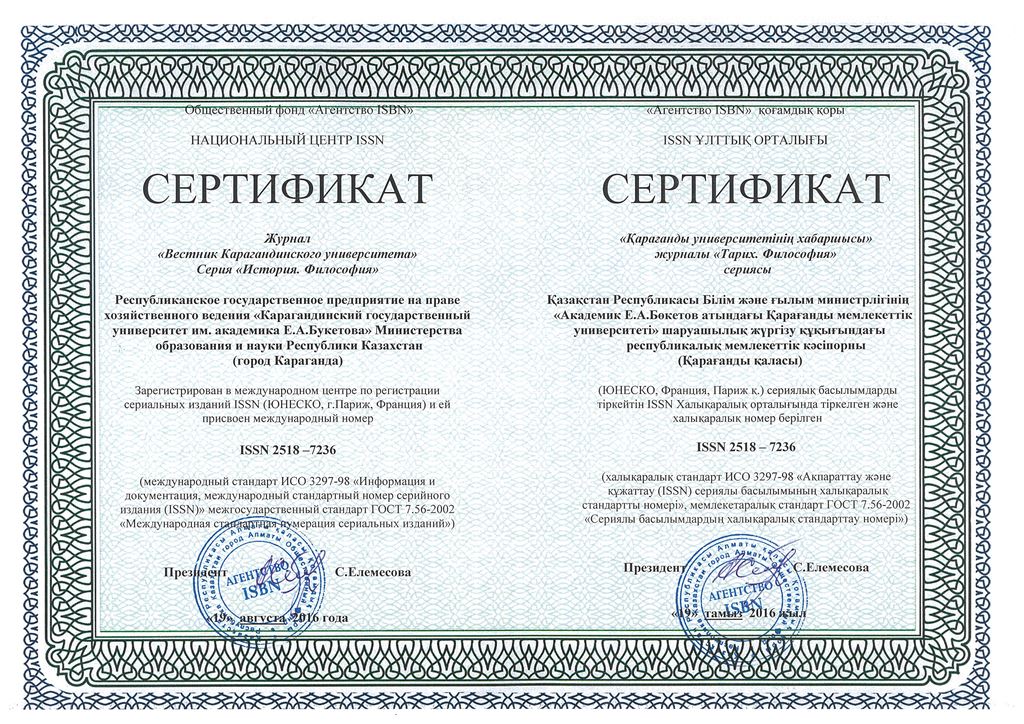 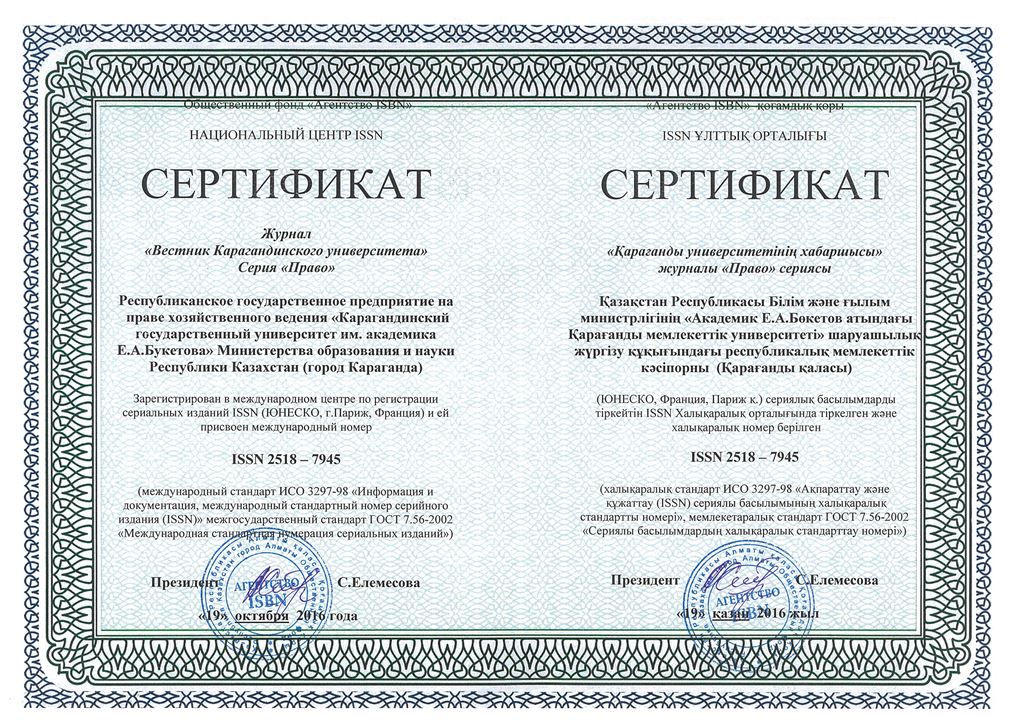 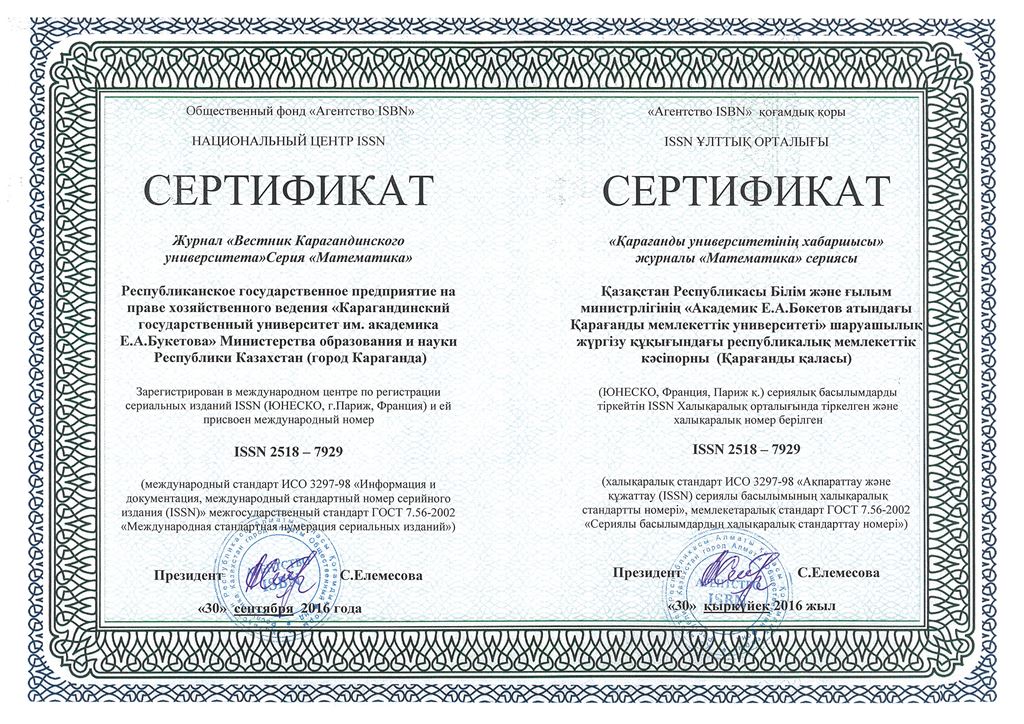 INSTRUCTION FOR ONLINE SUBMISSION OF ARTICLES 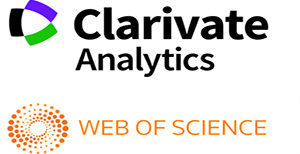